Catch up on a sermon you missed, get prepped for Life Group or simply listen again by downloading our weekly Sunday sermons here. 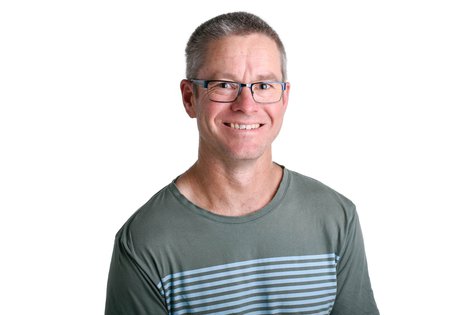 Mark walks us through Revelation chapters 8 & 9 and shows us that these chapters are like a mosaic of God's judgement through time. Mark reminds us that God announces judgement in order to call people to turn to Him, and that our future is secure in God's hands.

A golden censer was a portable open container that carried burning incense. Here in chapter 8, as in Revelation 5:8, the incense shows the prayers of God’s people rising up before the throne. Yet there is also a difference: in Revelation 8, the prayers somehow act as a catalyst for God’s judgment on the earth.

Seven trumpets convey the idea of something significant being signalled or announced. The strongest Old Testament echo for this image is in Joshua 6, where the blowing of seven trumpets over seven days preceded the fall of Jericho. Yet Revelation’s first hearers would have also witnessed trumpet blasts signalling the beginnings of both military battles and key religious ceremonies.

A third (of earth, trees, grass, etc.) is an indication of the significance of God’s actions of judgement on the earth, and also that these judgements are not full and final. They are just a part of the process! It would be unwise to interpret this too literally, as if exactly 33% of these various things are damaged, or that they are damaged in a particular chronological order. Yet taken as whole, the impact is severe: societies and economies would be on the verge of collapse if they suddenly lost a third of their productive land, fishing areas, and drinking water.

The first four plagues are directed at the natural world. Yet, they also evoke long-held memories and stories of the Exodus, where God afflicted Egypt and liberated Israel from slavery. Similar events are in view here: John sees hail, water turning to blood, and a sudden darkness. Each of these occurred in Exodus 9 and 10. Here, the reader is reminded of the result of those events: that God’s people were spared and eventually freed, while a godless nation that relied on slave labour was judged and afflicted.

Something like a huge mountain, all ablaze is an image that has caused some debate between scholars. Could it be a reference to the recent eruption of Mount Vesuvius, that buried Pompeii and Herculaneum? Or is it a vague reference to some other contemporary Jewish writings, where visions included “stars like burning mountains” falling into the sea? Either (or both) suggestions are possible. The impact of this image is much more important than its source: it speaks of a grand and terrifying seismic event that disrupts ocean life and travel.

A great star called Wormwood falls to the earth and poisons a third of all fresh water. Wormwood was the name of a shrub with a horrible, bitter taste; it made this water undrinkable. Wormwood was also an image used occasionally in the Old Testament to convey bitterness, sorrow, and punishment. (See, for example, Jeremiah 9:15.)

An eagle (or a vulture, the same word was used for both) was a bird of prey: you did not want a bird that killed to eat hovering overhead. Old Testament and contemporary Jewish literature used eagles as an image of judgement (e.g. in Hosea 8:1). The eagle appears in Revelation 8 not as an interruption but as a continuation of the theme of judgement.

The Abyss was an image of Hell and evil in early Jewish thought. Yet even it is under God’s control: note the existence of a key in Revelation 9:1, that is given to an angel. This implies that even the most evil of forces are constrained by the will and power of God.

Locusts are another image that points back to the Exodus. The prophet Joel also warned of locust plagues that would devastate cities as an act of God’s judgement. Locusts were a symbol of destruction, and a plague of locusts would leave the land stripped bare when they passed through. Yet in Revelation 9, their power is contained (although still destructive): they are to only target those who do not bear the seal of the Lord, and their campaign will only last five months.

Abaddon is identified in Revelation 9 as the king of the locusts. This suggests that these are not ordinary locusts (who have no king, see Proverbs 30:27), but something more demonic. John provides the meaning of Abaddon’s name in Revelation 9:11: destruction. This is probably not Satan but some sort of other demonic force leading the locust army. Yet it is also a coded reference to the Roman Emperor Domitian, who claimed to be Apollo reborn. Here John puts this character at the head of a demonic army. The implication is clear: God has no respect for those who claim to be gods; they are servants of evil.

Horses and riders in Revelation 9 are mutant images of divine destruction. They have the power to kill in a variety of ways, most of which come via the horses. This imagery looks back at God’s description of the Leviathan in Job 41; it references (again) the feared Parthian hordes (see the Cheat Sheet for Session 6); there are also hints of God’s judgement on Sodom and Gomorrah in Genesis 19 in John’s description of the horses’ powerful mouths. These references caution us not to take these images too literally: to see them as prophecies of future tank warfare, as some have done, would be a mistake. Rather, they act as another picture of the horrors of destruction by warfare, another stage in God’s divine judgement.

Take a look at this week’s Cheat Sheet description of the golden censer. Note that it is the prayers of God’s people that somehow impact the unveiling of his judgement in the later part of this chapter.

How do you feel about the idea that your prayers can move heaven?

If you had an unshakeable confidence in this idea, what prayers would you pray?

In the book of Revelation, God’s judgements are described as a response to human sin and evil on the earth. While it can be hard to accept this in our comfortable, Western way of living, God is both saviour and judge, and has an uncompromising view of evil.

What is one thing in the world at the moment that you think is totally evil and worthy of God’s judgement?

Finally, note in the Cheat Sheet entry “A third” that the judgements described in Revelation 8 are not full and final. There is still more to come! This can also be hard for modern Western people to accept. It is possible that some acts of destruction in the world today are allowed by God as messages of judgement.

What do you think of this idea?

How do you reconcile the ideas of God’s love and God’s judgement?

In this video, Craig Keener points us to the final verses of this chapter, where the survivors of the plagues still do not repent. He notes that “they treated it like God’s mercy is what they should always expect. They were angry with God because of the judgements.”

What do you think of this idea?

How do you think most New Zealanders feel about God when bad things happen in the world?

Later, Keener notes that “sometimes we follow our habits. So, people shouldn’t wait until the last minute to become repentant.”

Do you know people who would most likely reject God’s mercy, even if it was offered to them?

What can we do that might change or challenge this perspective in such people?

Close by each bringing to mind one friend or family member who seems particularly resistant to the gospel. Pray for breakthrough and salvation in their life.

Navigate through the renditions of these chapters in the Bamberg Apocalypse, an 11th Century series of pictures of the Book of Revelation:

How might persecuted Christians find this week’s reading encouraging, particularly 8:3-4 and 9:20-21.